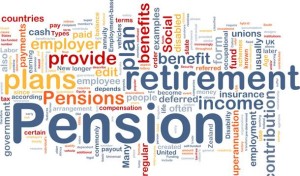 On November 3rd, the Canada Revenue Services announced the new applicable maximum pensionable earnings under the Canada Pension Plan. For 2015 this increase from $52,000 in 2014 to $53,600. The new ceiling was calculated using a CPP legislated formula taking into account the average weekly wages and salary growth in Canada. The changes also means that contributors earning more than $53,600 during 2015 will not be required or permitted to make additional contributions to the Canada Pension Plan for the amount exceeding the limit published. The amount of $3,500 remains in place as the basic exception amount allowed.

CPP is applicable in every province and territory in Canada with the exception of Quebec where the Quebec Pension Plan is effective and provides similar pensions and benefits to the workers.

All workers over the age of eighteen are legally obliged to contribute to either the CPP or QPP in order for them to qualify for a state retirement pension at retirement age.

All contributions to the state plan ends when the works reach the age of seventy.

The aim behind CPP is to provide workers with retirement, disability and survivor income benefits for them and their families.

Annually some personal tax credits are indexed on figures based on changes to the consumer price index in Canada. This means that workers separately record them in their payroll records for each item shown on the workers or retirees TD1 form. This eliminates the need for new TD1 forms when indexing is applicable.

Some of the data on the TD1 form is easily entered and calculated by just entering amounts in spaces provided in the seven categories of the form. A number of exceptions apply for certain workers and they are the following. Alberta and Ontario workers must not include or enter any amounts in line 2 of TD1. This is because all credits from these two areas are indexed.  There are some changes to Yukon personal amounts not directly attributable to indexing rules as they have already been harmonized with the federal values. The TD1 form for workers in Nova Scotia, Prince Edward Island and Manitoba has no indexed items that will apply.

The new form is simple and easy to complete making the worker more aware of their liability to CPP.

Helping you understand what’s in your pocket…

Let us know what you think Cancel reply